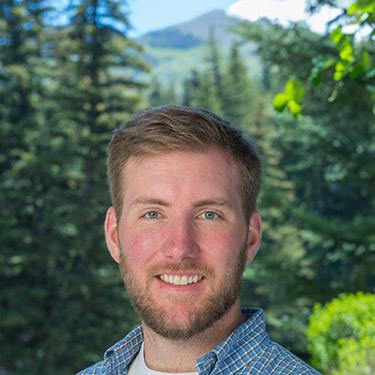 As migratory species of wildlife begin to move around the West with the shift in seasons, wildlife-vehicle collisions can cause a major problem for people and for animals throughout our region. Thousands of wildlife-vehicle crashes are reported every year in Colorado, New Mexico, and Wyoming alone, resulting in hundreds of millions of dollars in damages, human injury, and even death.

In Colorado specifically, the Colorado Department of Transportation (CDOT) reports that wildlife-vehicle collisions account for 6% of reported accidents statewide, and in some areas, can be as high as 25%. Over the past 10 years, CDOT has seen an average of 3,300 reported wildlife hits each year.

Over the past few years, Colorado has invested in new wildlife crossing structures to help protect both people and animals, and help save Coloradans millions of dollars in avoided damages.

To find out how the crossing structures are working, we spoke with Colorado Parks and Wildlife District Manager Kevin Madler, who manages wildlife concerns for the Arkansas River Valley area where the new crossings were constructed.

Brendan Witt:  Officer Kevin Madler, you are a district wildlife manager for Colorado Parks and Wildlife. Tell us a little bit about what your day looks like, and what your responsibilities are.

Officer Madler: As a district wildlife manager, we have numerous responsibilities that vary each and every day.  You may find yourself dealing with a nuisance bear or other wildlife, teaching a youth program, commenting on a future land development project, or attending a training. A large portion of the day may be spent enforcing wildlife laws, as we are also known as “game wardens.” During the fall hunting seasons, a typical day may be 10 hours or more and spent contacting hunters in the field and at camps, and investigating a variety of wildlife issues. We also spend numerous hours checking fishermen, small game hunters, and other recreation users.

Brendan Witt:  Your area specifically is well known for its proximity to beautiful Western landscapes like the Collegiate Peaks, Browns Canyon National Monument, the Arkansas River, several national forests, and an abundance of wildlife. How does the area’s wildlife move around throughout the Arkansas River Valley area through the seasons, and what are some of the challenges migrating animals run up against?

Officer Madler: The upper Arkansas River Valley is home to a wide variety of wildlife and provides critical winter range for many big game species, including mule deer and elk. Throughout the summer season, a vast majority of deer and elk migrate to the high country by early June and return to the Valley by the end of October. Challenges wildlife encounter as they migrate seasonally and daily include traffic, increased pressure from a rise in people recreating and enjoying the beautiful Western landscape, and the loss of habitat as the Valley continues to grow and more homes are developed.

Brendan Witt:   As a District Wildlife Manger, you see the impacts of human development, especially roadways, on migrating wildlife populations firsthand. Can you tell us the impact a highway like 285 in Colorado has for the wildlife in your area?

Officer Madler: The Upper Arkansas River Valley provides winter range for mule deer and elk that migrate from as far away as the I-70 corridor. With snow concentrating all those animals into the valley floor and surrounding areas, all roadways and highways pose a significant challenge to wildlife. Major Highways like 285 see a significant increase in wildlife-related collisions during the winter months. Factors that contribute to the increase in wildlife-related collisions include the increase in wildlife movement due to cooler temperatures, grasses along the roadway ditches tend to stay greener longer and are the first to green up in the spring, and the shorter daylight hours and daylight savings time concentrates drivers into those time frames when wildlife is most active – at dusk and dawn.

Brendan Witt:  Crossing structures and protections have shown to be very effective in preventing wildlife-vehicle collisions. Starting in 2015, the state worked to construct several different crossings around that highway. Have you personally noticed a difference since those crossings were finished? Has the local community?

Officer Madler: The Highway crossing on 285 at approximately mile marker 146 has proven to reduce vehicle conflicts. I have seen a decrease in the amount of mule deer that I previously had to deal with. The biggest reduction is in the fall during the mating season (rut). I would always have a few large bucks struck by automobiles as the deer are very active and travelling throughout the entire day. Since the High Fence crossing structure has been built, collisions with large mature bucks has not been an issue. The community has also noticed a decrease in wildlife-related collisions. The biggest issue with motorists is that speeds tend to increase inside the High Fence crossing structure as they feel safe from any wildlife-related collision. Although the High Fence crossing structure has significantly reduced collisions, they are not perfect, and wildlife can still be active in those zones. The community understands the value of protecting motorists and wildlife and continually asks the questions why more are not being built in other locations.

Brendan Witt:  In your experience, do different wildlife species use the structures differently? Are there species that use the crossings that someone might be surprised by?

Officer Madler: It appears that larger species like elk are least likely to use the crossing. When the wildlife underpass was first constructed, cameras were placed to monitor crossing activity. Mule deer, elk, and a wide variety of small game species were documented to be using the underpass. Small game species, especially coyotes, use the underpass frequently and have adjusted their travel routes accordingly. I don’t think that anyone is surprised that a variety of species use the crossings. The only surprise was when a few folks decided to camp in the underpass as they were travelling through.

Brendan Witt:  You probably have too many to count, but is there one wildlife encounter that sticks out in your mind when we talk about wildlife crossings and wildlife migration corridor protections?

Officer Madler: The event that sticks out the most for wildlife migration corridors is when you see a calf elk struggling to keep up with the rest of the herd or tentative to enter the underpass, and finally they go on through. The calf is in such a panic state as they get left behind, and when they finally figure out how to cross and come out the other side they act like that was no big deal and “look at me now.”