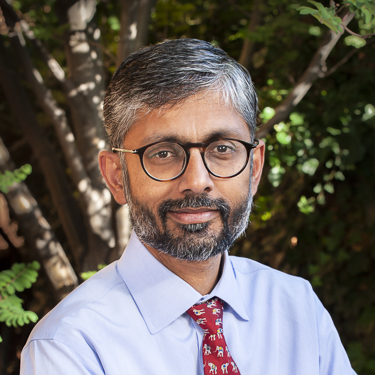 California late this past summer experienced rolling blackouts – something the state hadn’t seen since 2001. Two decades ago, the outages were due to market manipulation that influenced energy prices to benefit Enron. But this past August, California and its neighboring states in the Interior West experienced a major heatwave, with temperatures soaring to triple digits across much of the region.

This extreme heat – along with a lack of real-time information, corresponding inaccurate load forecasts, unintended consequences from market rules, poorly timed maintenance, and the inability to import renewable energy from other states – resulted in forced electricity outages across California.

Compared to the California outages of 2001, there are no bad actors to blame in this case. But that doesn’t mean there aren’t lessons to be learned. States across the West will need to learn to work together as a region to ensure communities have access to the energy they need to thrive. WRA is leading the way with our team of experts who are working on expanded energy efficiency efforts, creative rate designs to foster conservation, and innovative regional market solutions, such as the creation of an Energy Day Ahead Market (EDAM).

Rolling Outage: A rolling outage is a planned sequence of cutoffs in electricity delivery, because demand has outpaced supply.

What Sequence of Events led to the Blackouts?

On August 14 and 15, a record-setting heat wave across the West resulted in a week of high demand for power that California had not anticipated or developed plans to address. The record heat combined with a variable spike and drop in wind energy generation within a couple of hours, and that coincided with a spike in peak load in California to create high demand for energy while resource availability was low. In addition, an important intertie – a connection that allows energy to travel between utilities – that would have allowed California to access energy from Oregon was undergoing maintenance, further limiting energy availability. Meanwhile, energy market rules prohibited California from importing energy from some of its neighboring states, and potential supply could not be delivered where and when it was needed.

The Interior West can learn much from this summer’s events in California as our region seeks to foster a more resilient energy future.

Electric utility and energy market planners need better forecasting of seasonal loads that account for the frequency and severity of weather events like extreme heatwaves. Climate change is happening, and with it comes unforeseen weather events that result in increased variability in energy supply and demand. Better energy resource assessments and increased communications between decision makers would help in developing contingency plans that lay out sequential emergency measures, including load flexibility, conservation steps, and microgrid and backup generation use. Resource planning and new clean energy development will need to consider strategies like finding new energy resources, developing dynamic rates for customers, and implementing market enhancements.

Electric utilities across the Interior West will need to have the capacity to make energy resources available when and where they are required, including times when California needs access to more resources to satisfy increasing and peak demand. Those utilities in the Interior West have already constructed an additional 2,100 megawatts of storage and hybrid storage resources – the estimated amount of energy that was needed to satisfy peak demand in California and across the West on August 14 and 15. Electric utility and energy market planners also have taken steps to adjust the energy market process to allow greater market exports and ensure the capacity of physical infrastructure is built beyond contractual limits to accommodate those increased exports. California is also strengthening the requirements that electricity providers must meet in order to be considered “resource adequate” – or able to ensure safe and reliable energy to its customers when and where needed. Those steps are important, but the West will still need to bring more electricity generation resources online, maximize voluntary energy conservation from customers during peak periods, create consistency between jurisdictional entities to ensure accurate and reliable forecasting, and accelerate market enhancements such as energy day ahead markets.

Even with improved planning and forecasting, organizational barriers to delivering safe and reliable energy resources still must be resolved. The role of entities like the California Energy Commission and California Public Utility Commission in helping CAISO forecast future energy demand is unclear. Oversight of utilities and energy service providers is varied, regardless of whether they are within the California Public Utility Commission’s jurisdiction. Concerns remain about the adequacy of utility infrastructure and capacity, due to years of challenges with storage of natural gas in Southern California and wildfire damage. And challenges remain in being able to accurately predict and manage available renewable resources in order to export excess energy between states.

WRA is working to encourage policymakers, regulators, and regional market operators to factor the impacts of climate change into forecasting and planning processes. That work will require better communication and collaboration between resource planners, regulators, and market operators. Across the Interior West, WRA is seeking to implement proactive demand-side management policies that include energy efficiency and conservation measures, with the aim of ultimately decreasing overall demand and avoiding peak periods where demand outpaces supply. WRA’s participation in regional and state-based stakeholder forums helps shape regional market processes to encourage flexibility in responding to unexpected weather events. WRA also supports efforts to expand regional electricity markets that would increase the diversity of available clean energy resources and help the West toward a fully decarbonized electricity grid in the future.